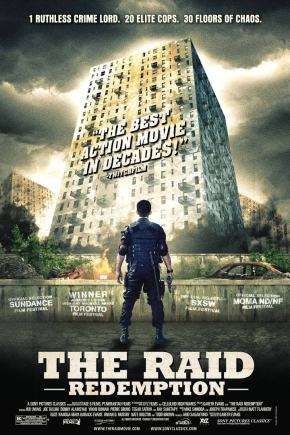 The Raid: Redemption is an example of a film with a minimalist plot that is still entertaining. Elite cops are raiding a housing complex overrun with criminals in order to take out a crime boss. Once they are spotted by the criminals, all hell breaks loose. The movie is a series of visually pleasing and adrenaline rushing fight scenes. The skill of the actors involved is amazing. Seriously, this is some of the best choreography you will see.

The designs of the fights is excellent, but herein lies the weakness of the film. After an hour of non-stop action, it becomes a little tiring. Also, I would argue the most electric fight scenes occur earlier in the film. There is a level of fight fatigue within the film that may overtake some in the audience.

There isn’t a lot to say about this film, but that doesn’t mean it isn’t worth a watch. Incredible action sequences separate this film from a lot of other shooter/fighter based narratives. An entertaining film. 7.75/10