A definitive return to form for horror. 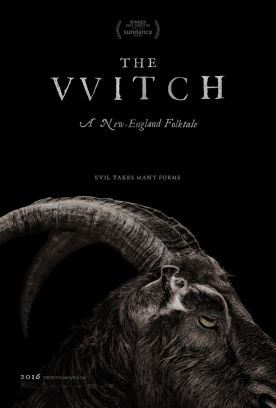 The VVitch is a not-horror horror film. If you wanted to see this film based on the trailers you were likely going to be disappointed. The film is not a bunch of cheap jump scares (a plague of modern horror). Instead, the film works to get under your skin and smolder. You will likely not be scared (although perhaps disturbed) while watching the film. Rather, you will be exposed to questions and ideas that will last far longer after the ending credits.

There are several themes present in the movie, which tells the tale of William, a staunch puritan who is removed from his plantation for religious disagreements. He, his wife, and their five children try to tame the wilderness and make it on their own. Aside from the brutal existence that such a life contains, the family is visited upon by a witch. The couple’s infant son, Samuel is kidnapped and never seen again.

What follows after the kidnapping is one of the most daring scenes in a recent film. The child is murdered, but there is a sexual edge to the violence as the child is harvested in order for the witch to make a flying potion. The slaughtering of youth for such a reason raises the stakes of the narrative. If this had been one of those dumb found footage films they would have taken the entire movie to end up not killing the child.

The film doesn’t hold back from anything. From sexual tensions between siblings, the link between religion and madness, and the vicious cycle of paranoia and miscommunication. The evil that lurks within the woods is only half of the threat to the family.

The story is tight, but presented in a way that demands audience attention (and there are different ways to interpret some of the moments). The film truly shines under the excellent directing of Robert Eggers. Each scene is framed perfectly, from the lighting, to the angles, this director knows his purpose. The other aspects surrounding the film are likewise well done. The music choices are chilling and fitting. For me, music is usually at best not a distraction—here it is a welcome addition.

Any review of this film would not be complete without celebrating the acting. Everyone played their parts perfectly, something I usually would not say. The show stealers are Thomasin (Anya Taylor-Joy) and William (Ralph Ineson). The relationship between these two is fascinating as it strengthens and weakens throughout the narrative. From facial expressions to dialogue, everyone knocks this one out of the park.

The ending will be controversial for some. Controversial as in some love it (myself) and some hate it (some coworkers). The ending of the film is bold—the film chose to not take a safe or convenient way out. Some might react negatively, and some might desire something more ambiguous. I can fully appreciate this criticism of the film, although I disagree. Embrace this divisiveness, it might open interesting conversations.

Don’t go into this movie expecting a fright-fest. This is a period drama with a supernatural edge. I fully recommend this film. 10/10