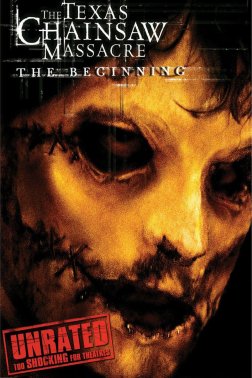 Here we have another Platinum Dunes produced horror film. Instead of creating anything new, it seems that this studio is intent on rehashing old stuff over and over. No wonder I haven’t heard of Platinum Dunes in quite a few years.

Part of the problem with prequels is that we more or less know what is going to happen. A real problem with horror prequels is that they tend to be more or less the same movie as the original. There isn’t a whole lot that separates this film from the remake, or from the original in a lot of ways. We still have a disturbed family, a marooned group of youths, and a lot of blood. (Albeit there is hardly any blood in the original).

I will say that this film is better than the 2013 disaster, which may have killed the franchise. The young folks in this one are a bit more interesting than in some of the other incarnations. However, the film refuses to focus on the more interesting aspects and opts for cheap sex appeal instead. The fear of being drafted into Vietnam, and the general concerns of the era are present, but shadowed by other elements. Further, the interesting aspects of the characters are abandoned within twenty minutes as the film runs through the same process of killing them off as all of the others.

Leatherface has always been the most interesting character in this series, and at least in this one, he is still psychotic. I do appreciate the relentless brutality of the killer, but we simply see him too much. Further, despite being enjoyably insane, we see too much of R. Lee Ermey in this one. The part where he “kills the whole fucking sheriff’s department” is quite enjoyable, though.

I suppose that is the best way to chronicle this film—highlights among a typical experience. If you want to turn your brain off for another round of merry-go-murder, then this film won’t irritate you too much. However, there are a lot of moments where even the most forgiving audience will be shaking their heads. For example: How did they survive the car crash? Why does the villain care about Vietnam? Why did they make this film?

The action starts too fast for any suspense to exist. It is too obvious at every turn. Fun lines, and I suppose some interesting moments make it passable. One thing about this film that is constantly brought up is the beginning. I have heard that it is too gross or too shocking. Of course it is. The entirety of this film is an exercise in trying too hard, yet oddly, I do not hate it. If nothing else, it does have a dinner scene.  5/10