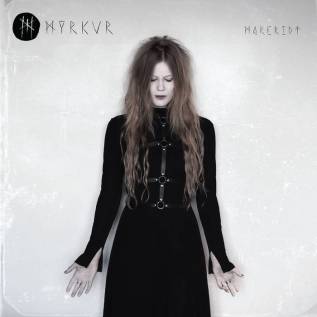 Myrkur is a one-woman act from Denmark that combines elements of Scandinavian folk with traditional black metal. Amalie Bruun, the sole member of the band performs all of the music and vocals (with the aid of electronic drums). Now, Myrkur has experienced a large amount of controversy since the inception of the band, and a lot of it drips with sexist nonsense.

Whether you agree with Emperor’s Ihsahn that black metal has gone gray or that bands like Deafheaven somehow represent an overthrow of puritan black metal by hipsters, there are ways to criticize music without being a pile of garbage. Bruun has been subjected to death threats due to the fact that she dare offer her own musical vision for the public. If you’re the type who thinks that a woman cannot do whatever because of her gender you may as well depart from this blog.

The genre of metal, particularly the heavier sides, have always been a bit of a boys’ club. There is nothing inherently wrong with a genre appealing more to a specific gender, but when it becomes a platform for sexist rhetoric things need to change. What really sucks about this is that these few (hopefully few) morons have tainted the entire genre. Instead of just being able to enjoy the music we now have to sift through this crap.

Detractors will say their critiques are not gendered, and they were simply disappointed with the previous album M. Sure, some of the critiques were valid, but when you call it anorexic black metal as a cheap shot at how thin Bruun is, or just flat out call her a whore, you are a misogynist piece of shit. There are entire pages on Facebook and YouTube that seem to exist to only berate Bruun, which is completely asinine.

To all the “I’m not sexist” sexist assholes out there: this is how you can criticize an album based on merit: Myrkur’s previous album M suffers from being overwrought and tries to reclaim Ulver’s black metal feel without capturing the magic. Notice how there was no mention of gender there? The gender of the musician simply does not matter. The old adage of metalheads was that we wanted to listen to the best musicians, somehow that seems to have been corrupted to a “boys only” mantra.

So how about we get to the review?

I have been looking forward to Mareridt since the single “Maneblot” released earlier this year. “Maneblot” is an incredible track, and is likely one of my top songs of the year. Unfortunately, the excellence of that track is not continuous throughout the entire album.

Myrkur mixes folk music with metal, and this subgenre has been around for a while. I do think Bruun does it better than a lot of bands, and this is in large part due to her amazing voice. The lighter moments of the album allow her voice to soar, and she is perhaps one of the best clean vocalists out there. Her metal growls are also quite good. On the whole, the vocals sound great.

Where the album suffers is the mixing of metal and folk—something that plagues this genre as a whole. I don’t mind that there are tracks the are entirely soft, but they don’t transition cleanly to the heavier ones. Further, the more metal-focused tracks on the whole blow the softer ones out of the water. From a songwriting perspective, it seems that Bruun is more masterful in the metal segments. The songs work individually (mostly), but when put together it doesn’t feel like a coherent album at many moments. This might be the formation of a new genre, and Myrkur is certainly here to stay, but it still seems odd at moments.

It is weird to have an album that is good, but still somehow doesn’t fully function. The tracks with Chelsea Wolfe are excellent, and Wolfe’s haunting voice adds a nice layer to the static sound. Yet, these tracks don’t really sound like Myrkur—they sound like a different band. I think this might in part be due to Bruun’s ability to bend genres, which on the one hand is awesome, but it seems to be hurting a coherent feel.

Despite my complaints, this is a vast improvement over M, where the objective seemed to be too focused on capturing a specific feel. The music here is more natural, and the album is more affective due to this. “Gladiatrix” and “De Tre Piker” capture the haunting and dark beauty of the band while “Kaetteren” showcases traditional folk chops.

Most of the songs are drenched in a dreary vibe reminiscent of the new Coldworld (which is excellent, by the way)—“Kaetteren” perhaps being the most obvious exception. The only dud of a song is “Bornehjem,” which I simply don’t get the point of, nor do I find it appealing to listen to. Cutting out that track on your playlist will improve the album.

When the album clicks and everything is moving together we are treated to an amazing mix of Ulver, Burzum, and Leave’s Eyes. When it doesn’t all come together we have good units that don’t mix into a clear whole. The album is damn good, and I truly recommend it. However, there is a slight feeling of disappointment as the greatness of “Maneblot” is not maintained throughout, even though “Serpent” will seduce you into thinking so. I think I fell into wanting too much out of this album, which is not only bad practice for reviewing, it isn’t fair, either.

In short, an album I saw as contender for album of the year instead becomes one of my top ten (most likely). Give it a shot, support women in metal, not only because there is legitimate talent here, but also because it will annoy the many jackasses around. 8.5/10