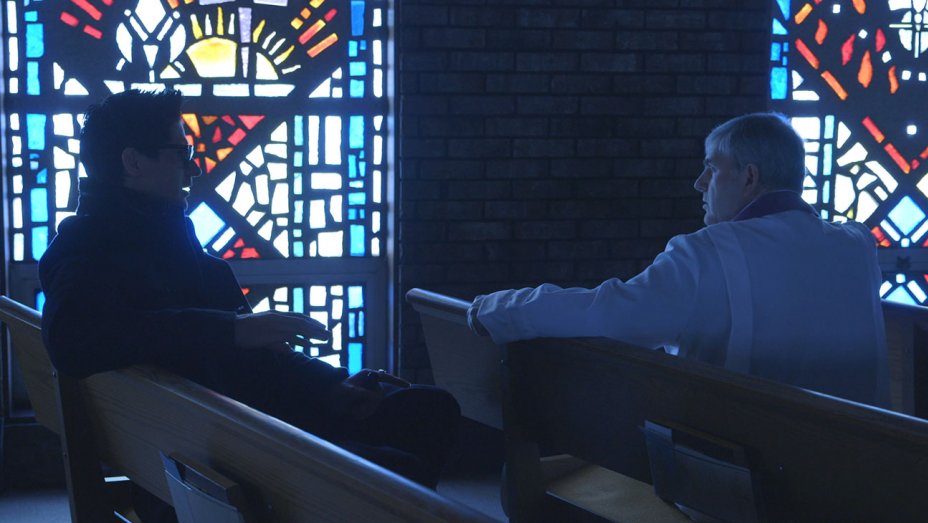 Demon House is a film made by Ghost Adventures host Zak Bagans, who is the broiest of bros. I personally believe that every ghost hunting show is staged, fake, and made to serve as cheap entertainment at best or manipulates gullible folks at worst. I could spend time here ripping apart the whole manufactured reality we consume instead of crafted narratives, but I imagine this would all be stuff you have probably heard before.

Anyway, Bagans buys a supposedly haunted house in Gary Indiana and begins his investigation. Numerous witnesses claim that a bunch of weird shit happened, and we get to see some of these events in bad reenactments. I get that reenactments are usually gonna be a little on the fence, but they don’t even get the race of the people involved right. We get various awkward interviews, overshot segments featuring a demonic entity, and lots and lots of talking.

The film is surprisingly bereft of an exploitative feel, but I think this is more due to nothing really happening than any care on the filmmaker’s part. We are given a long and sad list of victims of the house, and this is done to help solidify our stakes in the narrative. The problem for me was that I simply didn’t believe any of it. It seemed like a bunch of people just finding reasons to scare themselves. Awkward acting abounds, and any sense of authenticity is thrown out of the window.

Perhaps my biggest gripe with the actual story is that they don’t actually do a complete investigation. In a fleeting moment, Bagans mentions that the home inspector found black mold and asbestos in the home, and that these could cause hallucinations. I don’t know if that is true, but I think investigating the black mold would have been a good idea. We are also told about a lot of scary stuff that happens, like people vomiting blood or bleeding from their ears, but we are shown none of this. The only visual evidence we get is one guy roiding out for no reason, and a really blurry figure crossing an out of focus frame.

The film itself is shot about as competently as your average Ghost Hunters episode, but this is rated R so they get to say fuck and shit freely, and they do. The case seems like a hoax (and there is evidence for that), and I found myself wondering why they bothered making this. It really is just an overstuffed episode of a show that seems to already be doing fine. If the crew is trying to break into the found-footage or indie horror genre I suppose this is a way to get their foot in the door. However, the talent behind this production aligns with only the cheapest and laziest horror films found on Prime or Netflix. If this is their attempt to make a serious documentary production to prove ghosts or whatever exists… well, they need to go back to the drawing bored.

In the end we have a pointless and boring exercise in vanity. If the film would have spent as much time investigating the side issues or reasonable explanations (even to prove them wrong) as it did making sure they had plenty of cool shots of Bagans looking tought or walking in the snow, it might have been better. I can’t recommend this movie unless you’re already a major fan of the show. 2/10