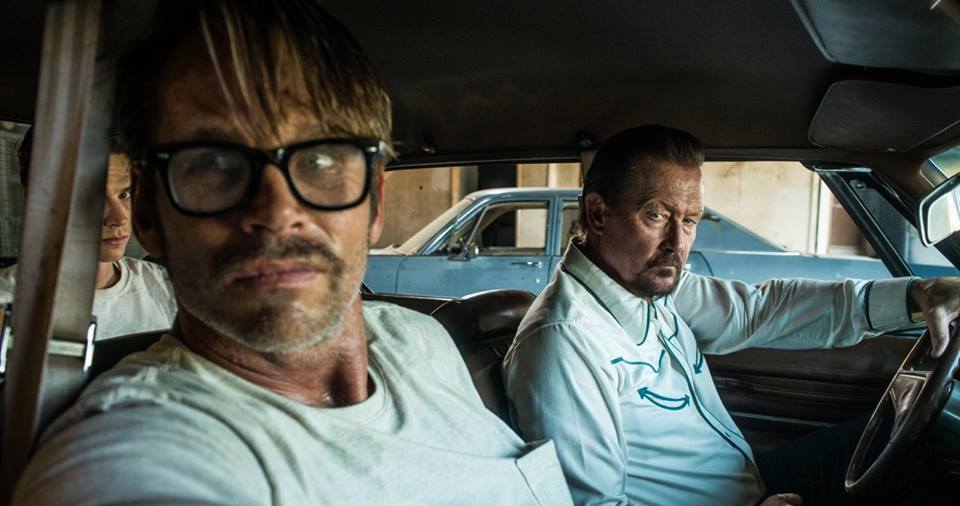 Let’s take a road trip with a couple sociopaths. 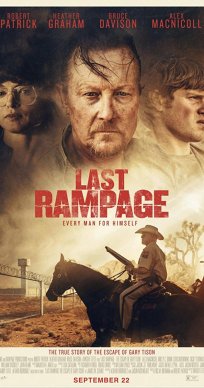 The Last Rampage is based on a true story about the prison escape of Gary Tison (Robert Patrick) and Randy Greenwalt (Chris Browning). I am not sure how true to history the film is, but we certainly get a close look at a couple of maniacs.

Tison’s three sons help him break out of the prison, and the five men make an attempt to flee into Mexico. Along the way, we see how Gary was misrepresented to the boys by their mother Dorothy (Heather Graham), who told them the man was innocent, kind, and a good person. As the group slowly unravels, Gary’s inherent instability and bloodlust lead the whole expedition to a violent end.

The film drips with a self-serious tone from the first frame, and it becomes painfully clear that Gary is a manipulative sociopath in the first five minutes. While it does seem that the real Gary Tison was indeed ruthless, it is somewhat hard to see how the spell their mother (and Gary) weaved over the boys can maintain its effect for long. Granted, this is a perplexing aspect of cult-like mentality, and I do appreciate the slow development of questioning eldest son Donnie (Alex MacNicoll) gets after witnessing senseless violence. The film gets better as it goes on this aspect, and it is really the first fifteen minutes that could use more exposition. We are never tempted to fall under Gary’s spell, and perhaps this was intentional, but it makes connecting with the boys difficult.

One thing I did enjoy about this film is that the violence actually means something. It is surprising that this film could make a murder give you chills, but it does—more than once. The killings are not throw-away moments to show how tough these men are, but rather an example of how broken and corrupted certain individuals can be. I often find myself relatively indifferent when “Victim #4” waltzes onto the screen in crime dramas, but this one hits the mark.

Patrick and Browning do excellent, and the relationship between the two men, and the interaction with the boys is the highpoint of the film. At its best, this film reminds viewers of the lofty heights of In Cold Blood, and will guarantee a thoughtful dialogue after the credits roll.

Despite fantastic performances from the entire cast, there is a thinness to some of the interactions. We could have easily spent another thirty minutes in this world, and getting to know some of the side characters a bit more would have transcended this film beyond its already strong standing.

The directing is strong, and instead of overcut or over filtered techniques we are presented with more of a raw style. This often works, but some of the design ideas are a little perplexing. People in Arizona don’t have southern accents, and while this is a small issue, it was distracting to me (granted, I am from Arizona).

Overall, the film is an interesting slab of true crime. Fans of the genre will dig this one. Worth a watch. 7.5/10