Let’s go to the moon! 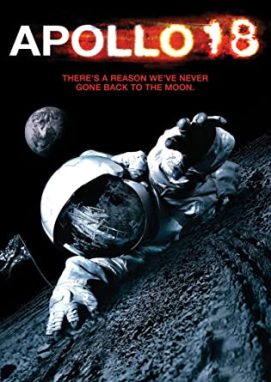 I assume most of you are bored out your minds with the quarantines and crap happening all over the country. Now, we’re stuck relying on our streaming services for entertainment. I figured a lot of folks haven’t even heard of this one, so let’s give it a go.

The film is ripped from the NASA vaults where we get a look at a supposedly cancelled trip to the moon. I am sure I’ve complained about the need to make things seem real, and we get crappy video and audio to remind us that we are watching stock footage… However, this is a found footage film that uses the medium for its original purpose: money saving. This is one of the few found footage science fiction/horror films I am aware of. Further, we have so few science fiction/horror films in general we have to take what we can get.

Our three astronauts are shoved into the mission without a lot of warning, and what they are trying to do isn’t made clear to them. We get into space quickly, and within ten minutes we are landing on the moon.

While this film is a slow burn, it understands pacing better than a lot of horror films that are currently following the found footage trend. This one is presented as an actual mystery. We know that something shifty is going to happen, but we don’t know what it is going to be. Further, the characters are likable, (albeit perhaps a little flat), and there are no unneeded unlikable idiots who only serve as fodder.

Where the film falters is the documentary style that draws our attention to the spooky stuff instead of letting it grow organically. We get Cold War paranoia and an interesting story presented to us through blurry images and static noises. If the film wasn’t so intrusive it would suck the viewer in a lot more.

This is a fun story told somewhat problematically. Fans of found footage will be used to the issues here, but fans looking for a sci/horror might find this one to be too flawed to fully appreciate.

It is a fun movie with a lot of flaws. Despite the shortcomings, I think this one is worth a stream.