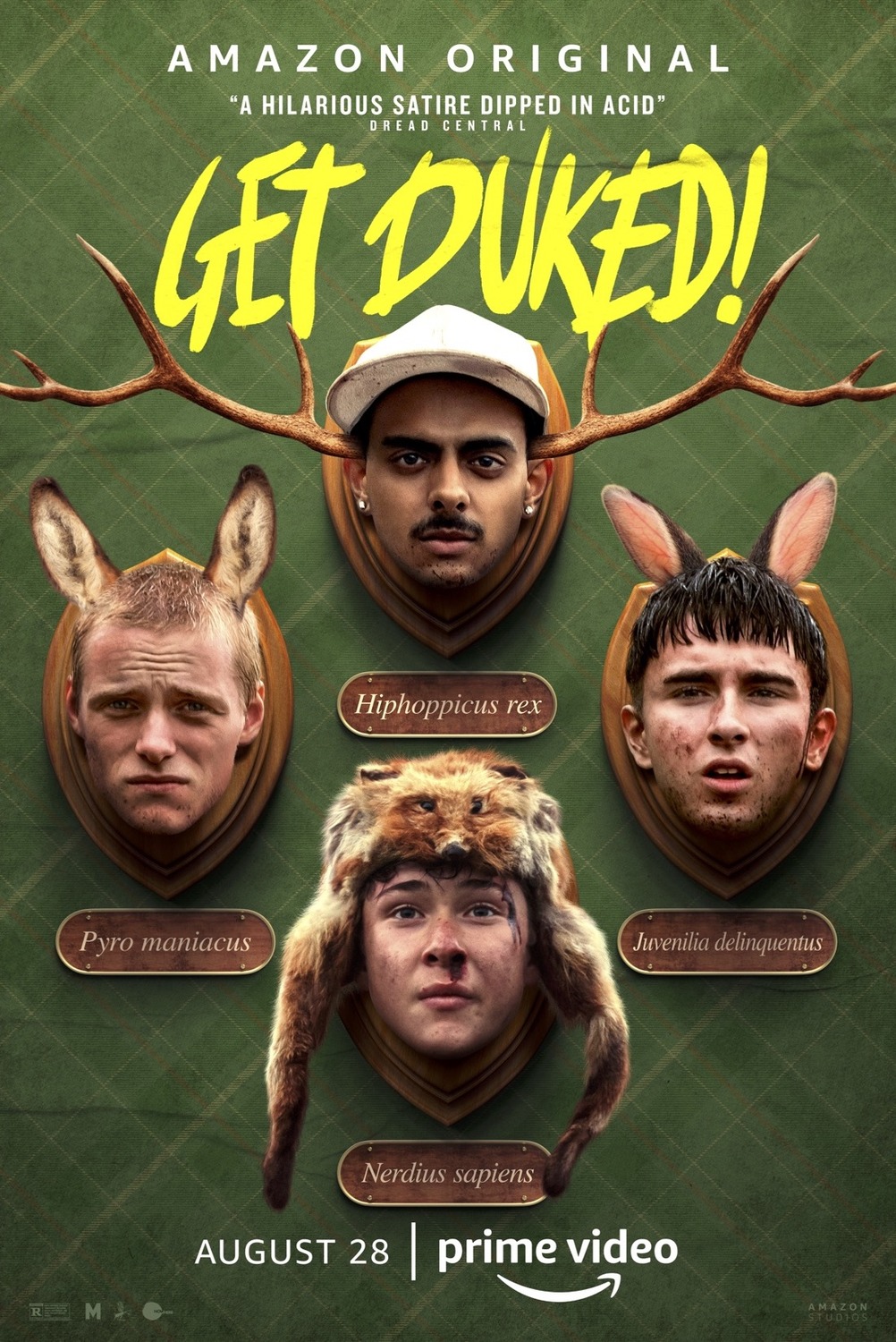 Get Duked follows three idiots (and a fourth tag-along) who are part of the Duke of Edinburgh challenge, where wayward youth gain teambuilding and survival skills in the Scottish Highlands. Of course, things go wrong.

I had figured the whole challenge was made up for the movie, but no, it’s a real thing. (To be fair I am relatively certain the challenge works a little better in real life than in this movie).

This is a strange movie. Put four morons against deranged aristocrats who hunt youths in the Highlands, mix in a lot of hallucinogens, and you might be close to catching the vibe of this one.

Honestly, it is funny as hell. Our group of four has no leader. Instead, we have DJ Beatroot, who aspires to be the future of hip-hop. Duncan, who’s biggest claim seems to be burning down a bathroom while trying to light a turd on fire. Dean, who risks his life to eat hash. Finally, Ian, who is a strait-laced kid who wants to be there.

Even with Ian as a balancing factor, our heroes are so profoundly stupid that is a miracle they have survived to their late teen years. I don’t mean this as a negative comment. Their complete inability to think critically leads to hilarious circumstances.

Once they meet the stalker known only the Duke (Eddie Izzard) it becomes clear that there is something wrong with the challenge. Desperate to survive, our wayward youth need to rely on their abilities in the wild to stay alive.

Hip hop music numbers, some biting commentary, and an underlining class theme give this one a little more bite than you’d expect. However, the film opts for insanity more than thoughtfulness, and it works. There is never a dull scene as we get stuff ranging from completely bonkers to classic drug humor.

I’m leaving out a couple subplots because I think the less you know the better. This isn’t a philosophical film, but it is a lot of fun. If you’re looking for something insane that manages to address class and generational tensions, then this is your ticket.

This will likely be my favorite comedy of the year.

Stream it on Prime right now!