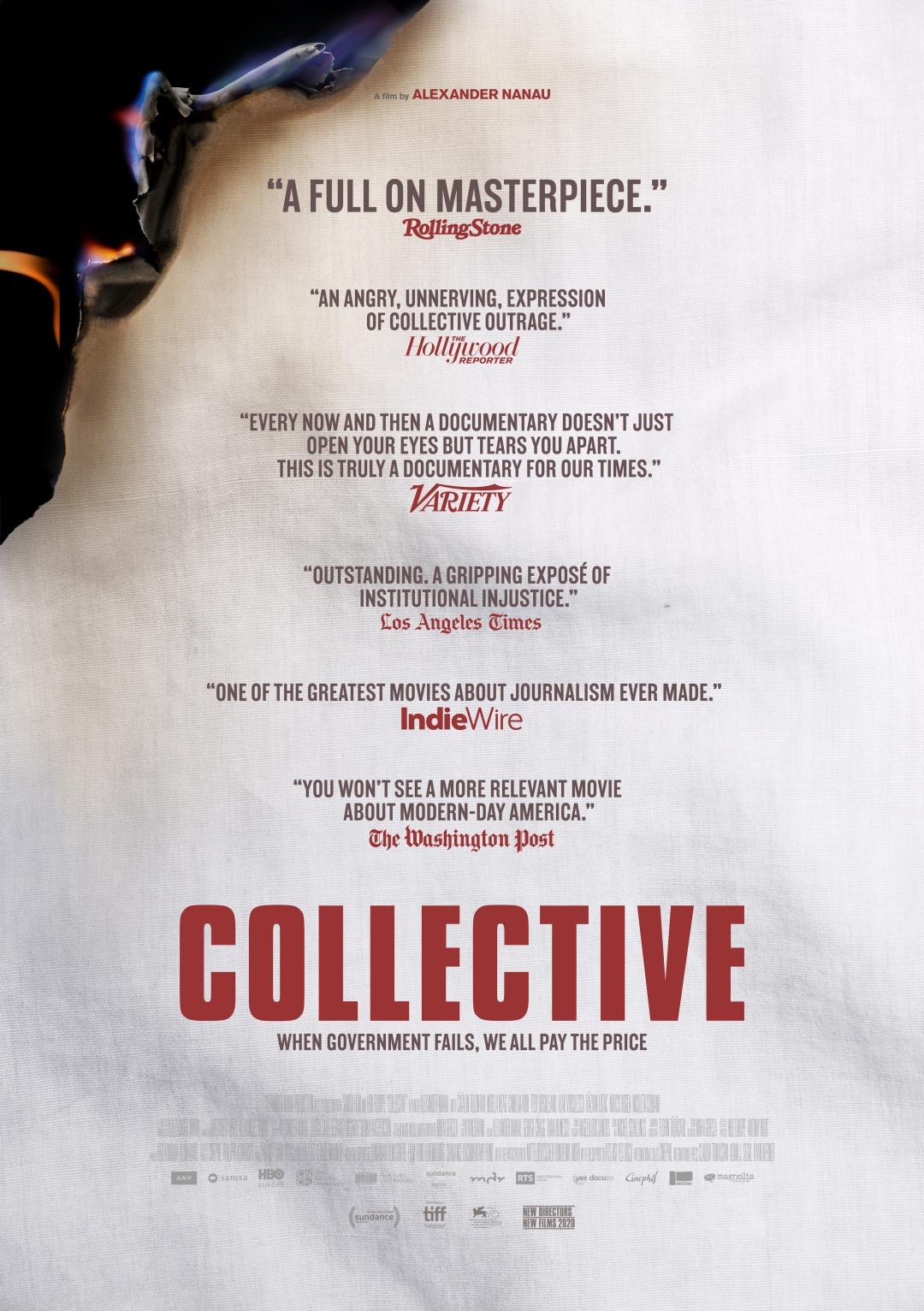 Let’s see if we can get to the bottom of it.

Alexander Nanau’s documentary Collective follows the political and social fallout after horrific medical conditions were discovered after the Collective nightclub burned down. The conditions within the medical system, from patient care to shady business deals are all shockingly corrupt, dangerous, and disturbing.

Journalist Catalin Tolontan and his team find a massive medical scandal of cleaning supplies being diluted and break the story. The most disturbing thing about this is that you’d think this would be the whole story. However, Tolontan only scratches the surface as the more they investigate the more troubling evidence they find. In each scene we find further corruption and danger for patients, which makes the film relentless.

The film shifts to idealistic incoming minister of health Vlad Voiculescu, who wants to fix the system but can’t even get a straight answer as to who is responsible for several issues. No matter what changes need to be made there is no easy path forward.

Where Collective shines is the breakneck pacing that respects the audience enough to not give long voiceovers or hold our hand through this nightmarish political corruption. The blatant corruption is almost laughable and showcases how much people are willing to ignore so long as counter-media confuses the audience or changes the narrative.

Political idealism crashes headlong into structural corruption. Grand ideas falter when even a simple proposal about patient care is met with stonewalling and obstruction. Voiculescu notes this when he says that everything is rotten, and how can that be fixed? The most obvious solution would be to shut down the hospitals and fire every single person, but that would create a medical crisis of a different sort. No matter what path the technocrats want to pursue they will encounter severe pushback.

The importance of real journalism and the dangers of yellow journalism are both present here. Once the incompetence and corruption links to a political party the talking heads immediately begin attempting to change the narrative. (This should sound disturbingly familiar to American audiences).

Ultimately, Nanau chronicles the hope, desperation, and perhaps futility of change. We never lose the human element, either. Traumatized survivors, parents, family, and friends join the fight and share their stories. If there is one emotion continually shown on the screen it is a mixture of anger and disgust. Though we do get oddly hopeful people who see that this is something Romania can fix if people choose to.

This is perhaps the most powerful documentary I have ever seen and showcases how dangerous corruption can be for citizens. Another shocking part is that this occurred in 2017, and most of the world was too busy participating in their own political grandstanding to even bother to take notice.

An excellent story that will not only punch you in the gut, but also remind you of the importance of investigation, accountability, and critical thinking. What is needed for change is a disavowal of party politics and a uniform effort to out corruption, which is likely impossible for people.

One of the best of the year.