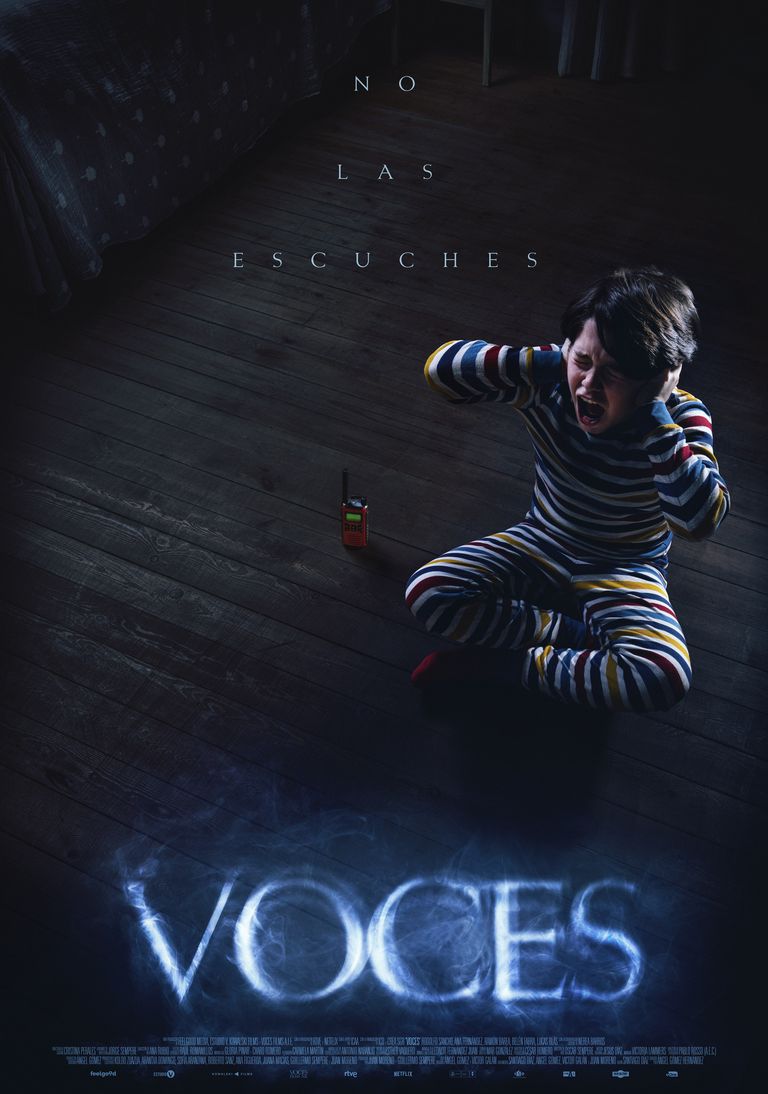 Let’s listen… or not.

Don’t Listen is a Spanish horror film picked up by Netflix. You never really know what type of quality you’re going to get with a Netflix film, so we decided to take a risk.

We follow home flipper Daniel (Rodolfo Sancho), his wife Ruth (Ana Fernandez), and their son Eric (Lucas Blas) as they work to restore an old ass mansion (I believe that is the technical term). Anyway, shit’s crazy! The kid is hearing voices and they tell him to draw things. The parents have brought in a child psychiatrist, who sees nothing notably wrong with him, and then she dies—snap!

Joking aside, this movie does well to simply have the audience jump both feet into the horror story. We don’t have a lengthy introduction of them unpacking or whatever. The haunting has already begun, and it is made clear that the supernatural element is capable of killing. What is funny about this set-up is that in the first five minutes of the movie we have a higher body count than both Conjuring films. The stakes become clear quite quickly.

The film then throws a wrench into the set-up as Eric is killed within the first twenty minutes or so, leaving the parents grief-stricken. Daniel reaches out to German (Ramon Barea), a paranormal expert. Daniel hears Eric’s voice through the radio asking for help, and now he is determined to find a way to help his deceased son.

This is the first feature-length film from director Angel Gomez Hernandez, and we get some promising stuff here. First, the film respects the audience enough to just have the haunting start immediately. I loved that we didn’t have to balloon the running time another thirty minutes to arrive at the same point. Second, Hernandez is willing to defy audience expectations within horror, and this makes a lot of the first half of the film quite refreshing.

The film does falter in a couple of ways. Perhaps the biggest one is that despite some narrative trickery, we do end up with a familiar tale. Our paranormal investigator investigates, our grieving father grieves, and the haunting haunts. These issues don’t make the film a failure, but they do prevent it from being something truly memorable.

My largest complaint of the movie is how loud it is. With a large focus on EVP and radio static we end up with blaring moments (that double as jump scares) that are obnoxious. Worse yet, the sound mixing on the dialogue is not great. It is hard to hear the actors and nearly impossible to pick up the ambient whispers unless you crank the volume, which then makes the loud scares even more frustrating.

As said above, the first half (or even two thirds) of this film work well. Looking at the setup alone will leave you feeling much cheerier towards the narrative. However, we must acknowledge the ending, even if it becomes too derivative.

While the narrative beats are expected, the character decisions are where this film truly suffers. House is haunted? Yes. We know what we need to do? Yes. How should we do it? Well, let’s split up, and you take like seven years to catch up and blah blah blah… Yep, we end up with forced stupidity to raise tension. The fact that all of them seem to be within fifteen meters of each other makes it laughable.

The film seems to be batting around a 50% “like” and 50% “don’t like” ratio on RT and IMDB. Whether you see it as an ambitious horror film with a derivative ending that doesn’t ruin the experience, or a film that dies with its ending will be up to the viewer. Honestly, I liked the movie more than I thought I would (which is more due to being conditioned by Netflix than anything specific to this story), but it does have its issues. I’d be more interested in seeing Hernandez’s next movie than watching this one again.

I can’t give this one an enthusiastic recommendation unless you’re a fan of horror films with family hauntings. Yes, there are some cool ideas here, but not enough to remove this one from the pack of hundreds of films with similar premises. Yet, I also won’t say it is bad enough to make you dislike it. For a movie night, it is a safe bet.