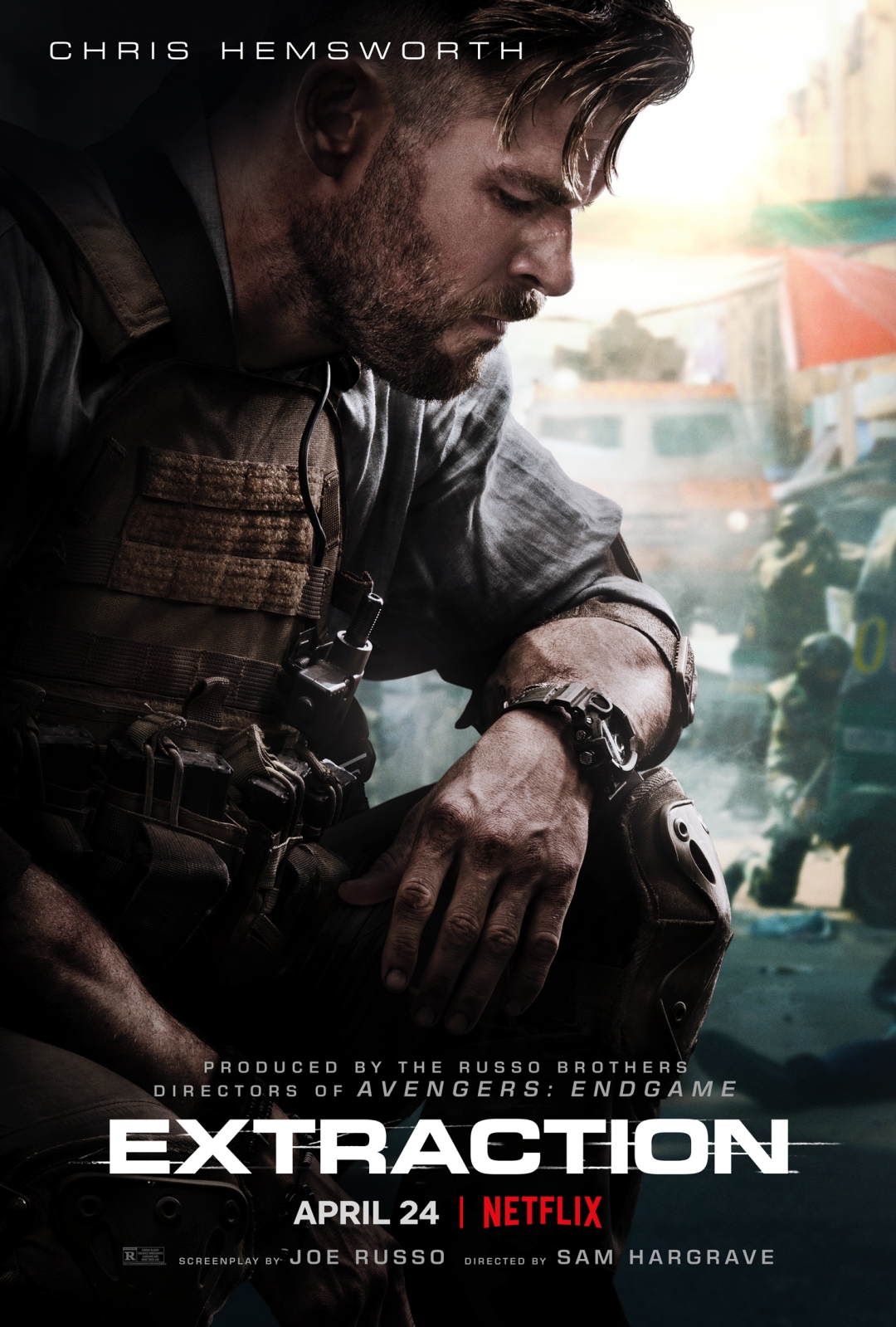 Let’s put the action in extraction.

Oh man, what are we going to do about all of the mindless violence in cinema these days? Extraction follows Tyler Rake (Thor) as a nothing-to-lose spec-ops mercenary hired to retrieve a kidnapped child who happens to be the son of a powerful Indian crime lord. What follows is basically a non-stop barrage of action, explosions, and violence. The plot is thin as we have to make room for endless action scenes.

I was pulling your leg about being upset about the violence. Extraction follows in the same vein of new-action (think John Wick) where we could more gritty stylized violence, choreography is a main focus, and overly edited sequences are (mostly) avoided. The plot is minimized as we are more interested in getting the set-piece sequences together.

Thor does a good job being the brooding badass, and he is more suited for this type of action than Black Hat. The whole thing is basically an adrenaline rush. I suppose we could critique that since it stays at such a high level of action for so long it can become a little exhausting. One particular sequence (done in single shot) will leave you exhausted as we get fights, car chases, fights, and more car chases at once.

On a technical level, Extraction offers a heaping helping of brutal action. There is a visceral nature to the action, which is heavily reliant on feeling tactical that makes it feel a little realer than a Marvel film. However, Rake, like Wick, is basically an unkillable super badass. Even the obligatory medic scene feels a little ridiculous as I wanted to say “but you got hit by a car” I doubt a couple stitches will cut it here. Oddly, the previous statement fits both films.

On a narrative level, the film could probably be better. The players play their parts well but are limited by their one-dimensional structures. If you go into this thinking it will play like a videogame you won’t be far off. I suppose this is both a criticism and a compliment as depending on the audience this could be a good thing.

My biggest complaint with the movie is that it is too long. The whole here we go again cycle of safety-to-danger wears a bit thin. While each of the action sequences stand alone well, cutting one of them would prevent viewer exhaustion and get this down to a more manageable length. The more humanizing sequences of the film would also have a bit more room to breathe.

I have heard some folks complain that this film makes Bangladesh look like a terrible place, and it does. However, I think this is more due to the genre than any sort of statement. The Raid movies make Indonesia look like a criminal infested hell hole while Wick has made psycho killers a global issue. This is an example where I think the complaint doesn’t look at the film as an artifact of the genre.

For fans of this new style of action we’re getting, I think Extraction should be considered a must watch.