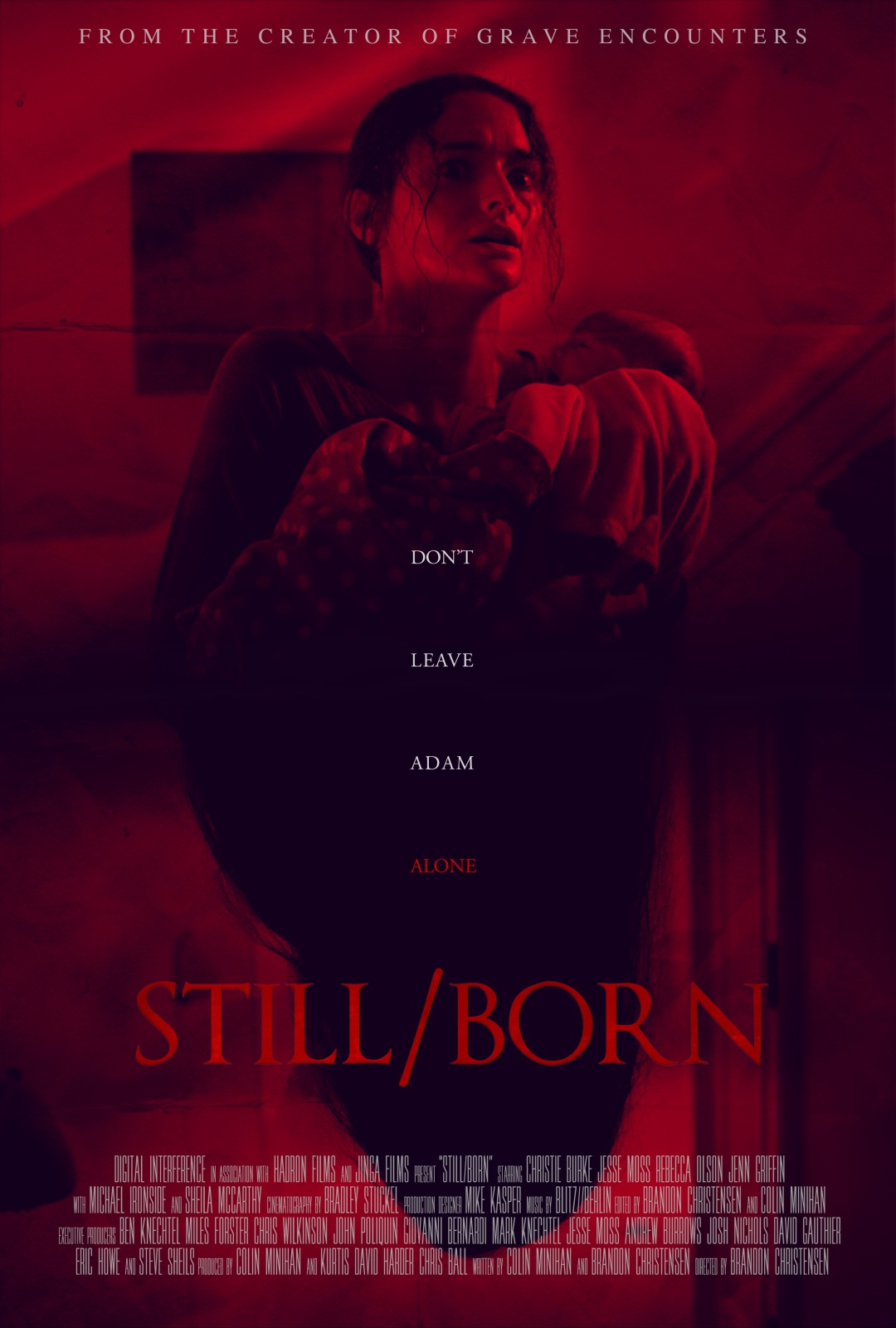 Let’s have a kid.

Is anything scarier than having children?

We follow Mary (Christie Burke) and husband Jack (Jesse Moss) who have just had a child. The tragedy is that Mary was pregnant with twins and only one survives. They name the child Adam because biblical symbolism is easy writing.

We get the standard family fare where the husband seems vaguely businessy and is bad at cooking and the wife has her pre-pregnancy body back immediately. I know I’m taking some cheap shots here, but the film starts off with a tragedy and then goes into domesticity without us discussing the trauma or the grief. It feels like there are scenes missing I the setup.

Another oddity is that they seem to be in a mostly furnished house, but there’s unpacking boxes—is this a new home or what? I mean, doesn’t everyone move right after giving birth? Granted, it is revealed that they did recently buy the house but the whole thing is just weird.

The domestic tensions and look at trauma aren’t poorly done, but they’re not done enough. A simple scene of Adam not wanting to breastfeed from mom but willing to bottle with dad highlights her feelings of unease.

The directing is deliberate. Still cameras with well framed (though sometimes underlit) scenes and quick cuts to pace the day make for a unique feel. There is a tension in the film that something is wrong, and the film capitalizes on this feeling well. It is interesting to see baby monitors becoming a common theme in horror movies to deliver scares.

Mary becomes convinced that some sort of entity is after their child. We get some nice jumpy scares that are propelled by some good acting from Burke. What drives me nuts about this movie is that there are some damn good moments mixed in with oddities and banalities. I am willing to bet there is a tight 60-minute version of this film (or at least screenplay) that paces itself a lot better. However, this one has to get to around 90-minutes to hit that average running time and suffers for it.

Mary exhibits signs of postpartum depression along with being traumatized from losing a child. Mixing in the supernatural elements causes a bit of bleed over within these types of issues. We also get a bit of a meandering issue with the narrative that drags the middle section a bit. The pacing issues are probably the largest issue in the film.

The emotional hook helps with the cycle of days are stressful and nights are scary repetition we get into. We also get the whole “it isn’t a ghost you’re crazy” thing, which never works for me. Maybe this is just a me thing, but it gets so tiring to see this same cycle. Even though this one tries to approach it differently, we know what is going to happen.

I think this one just didn’t have enough new ideas to remain solvent for the entire thing. We end up relying too much on older tropes and needless tensions. I didn’t care for the ending, or the middle… I guess it starts okay.

Meh? A well-acted but flawed film. Skip it.