A film seeped in controversy, but I liked it. 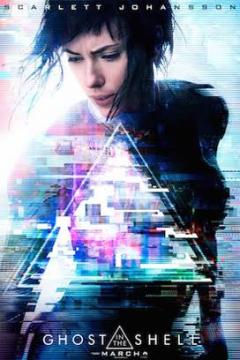 The film, which is a remake of a famous Japanese anime that has its own extended universe has a lot of critics. First, we have a western adaptation of an eastern story, and we have a white woman cast in the title role. The film has been accused of whitewashing, and these criticisms seem to be sticking despite the original director defending the casting decision. So, folks, we are walking into a bit of a mess in this film. Does whitewashing exist? Absolutely. Is this an example of it? Yes, and no. Unfortunately, the narrative of the film affords the possibility of race not mattering, so should we still be upset? I cannot speak for others, but I chose to see the film. Perhaps I, too, am culpable in the problem now. Perhaps not. It would be nice for Hollywood to get its head out of its own ass on this issue, but we need to make sure we are protesting the right films. Further, we must all make an effort to support films that don’t cater to the always-white protagonist.

I don’t really know how to handle the controversy. Some people can fully avoid the extra-filmic issues when seeing something, but I am not one of those people. It was like having a little bell dinging in the back of my head throughout. I think the best thing that we can all do is to make our own minds about whether we choose to see a film or not. For those who are choosing to boycott this movie, your efforts seem to be paying off, as the film does not look like it is going to profit. Further complicating this issue is that this is one of the few films with a strong female lead, so here we have another wrinkle to the issue. I do not want to spend the entire review debating these issues, but if you choose to see the film, do try to recognize the criticisms surrounding it.

To make things even weirder, with any story with a cult following, you have the hypercritical and the hyper-uncritical. Seriously, hit that first link and check out the user reviews. It is mostly awful or fantastic ratings. Mixed with the other issues, this film has entered a perfect storm of potential failure. A niche market, hostile audiences, and an abstracted story—yeah, bold move on the creators’ part.

I will try to judge the film on its merits as a story, and in this case, both the detractors and celebrators seem a bit off. Scarlet Johannson plays Major, a woman who has her brain transferred to a machine after her body dies. The original anime deals with issues of self and identity, and the live-action version does address these issues, but perhaps not enough. Instead, we get a lot of Major being a badass, which is fine, I suppose. I might be the only person on the planet who does not have an opinion on Johannson (this being the second movie I have seen her in) and I thought she did fine. She adds a level of robotic movement to her walking and posture, which I thought was a nice touch.

Major is a badass. She can clear a room full of baddies and do it with style. I am certain some folks will love the action sequences, and they weren’t bad, in my opinion, but they were over stylized. Here is where the film suffers a bit. The story itself is interesting. Major and her team are looking for a hacker named Kuze (played by the always reliable Michael Pitt). Kuze is ruthlessly hunting members of the corporation who built Major, and he is hell bent on revenge for a crime committed against him in the past. The interactions between these two characters are great. Kuze is portrayed as both terrifying and fragile (loved his voice) and while the audience may empathize with him, it does raise questions of whether a victim can go too far and become a victimizer.

The talky moments of the film are good, and while they don’t dive deep enough into the philosophical issues, at least they are present. This is one of the smarter action films I have seen in a while, but it doesn’t quite make the slam dunk. The film tries to double dip both audience types and ends up not fully fulfilling either’s desires. People wanting a kinetic action film will like the action sequences, but there aren’t enough for that audience. The same is true for those hoping for more discussion of the philosophy.

The special effects are impressive, and this is something I rarely say. The tech teams behind this film deserve to be celebrated for their character designs. However, there are numerous scenes in the film that do showcase cool effects but are otherwise pointless. Numerous shots of a futuristic city are provided, but they are almost too busy to be appreciated. I swear I saw the same billboard five times. The set dressing often felt like nothing more than a flashy attention grabber, which is too bad. The film is best when it is subtle (odd for an action film). Further, numerous shots are set up to be done in slow motion, which is the lazy way for writers to say “HEY PAY ATTENTION. THIS IS COOL.” The fight scenes are fine but overly cut, and while I did not dislike them, I was not particularly impressed either.

Strong performances and a fair retelling of a complex narrative make a decent film. Further, those who claim the anime is better often seem compelled to mention breast size in their criticisms. If you want to see large animated naked boobs, go ahead and watch the anime. I recognize that might sound harsh, but the detractors who say this film needs to show “the goods” don’t really seem like the best source of criticism. Is the original better in some ways? Sure, but that doesn’t make this a bad movie. It is not a complete failure, and it isn’t the greatest thing ever made. I think most who watch it will enjoy themselves, and I am always happy to see a new cyberpunk film. I liked the movie, and that might be coming from a place of privilege. I recognize this fact, but my honest rating is a 7/10.