Let’s take a look at a new supergroup. 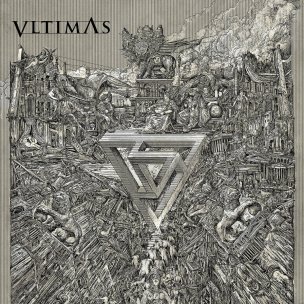 When David Vincent (Morbid Angel), Blasphemer (Mayhem), and Flo Mounier (Cryptopsy) form a band it should get just about everybody’s attention. After releasing a couple teasers, the album finally came out about a week ago.

Metal supergroups are always a little hard to pin down. These bands seem to come and go without having a lasting identity, or they end up like Bloodbath and have multiple identities (granted most of them are quite enjoyable). We also have to worry about whether we are getting good David Vincent or whatever happened with his last Morbid Angel David Vincent.

Luckily, we actually got a solid album.

Every track on the album is a bloody helping of blackened death. I honestly don’t think there is a dud on the entire album. Flo’s skills behind the kit elevate numerous moments and the chaos meshes well with Blasphemer’s trademark sound. However, it is Vincent who is really the show stealer—he hasn’t sounded this good in a long time.

While I do think this is a good album, there is a certain level of sameness to the tracks. Each one is good, but after three listens I haven’t found one that is a particular stand-out for best or worst on the album. On the one hand, this means that the album doesn’t have a weak point, but on the other: there isn’t necessarily a strong point, either.

The quality of the album (or should I say albvm?) pushes this one above something that could be easily forgotten, but I don’t see it having long-term legs at the end of the year when we all put our favorites out.

I anxiously awaited the release of this album, and I was not disappointed, but it also didn’t meet expectations. This review has been stalled for a couple days as I tried to find the right words to put here, and I’m still not sure if this review is doing what I had wanted it to do.

If you want a good album, check this out, but keep in mind you’ll always be aware that we have great musicians making a solid, but otherwise familiar album. Stream before buying.