Let’s get this over with. 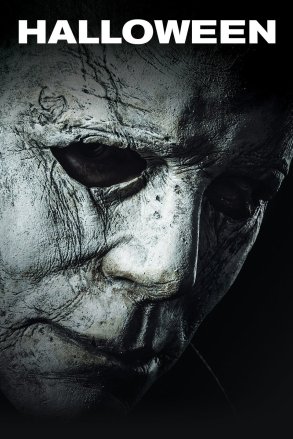 Halloween, much like its main villain Michael Myers, simply refuses to die. This latest rehash is (I think) the fourth attempt to revitalize the series. I suppose at least this one has Jamie Lee Curtis back as Laurie, and the previews showed as a toughened character who was ready to face down Myers once and for all.

We ended up with an inconsistent character who points a gun at children (no really).

On the fortieth anniversary of the original murder spree, Myers breaks out as he is being transported to a harsher penitentiary for reasons unknown. He immediately begins murdering just about everyone he comes across and seems to kind of be hunting Laurie.

Too bad the film doesn’t start there.

Instead we get about a half an hour with painfully obvious cannon fodder in the form of a couple investigative journalists and annoying teenagers. The journalists are perhaps the dumbest investigators ever—as their big plan to get Myers to talk seemed to be simply asking over and over. The teenagers aren’t much better (granted the difference is slim) and we end up with no connection to any of the characters.

Even Laurie is too scattered (and too often absent from the film) to ever truly care about. It is hard to call her the lead as we end up bouncing around so much that none of it even matters.

In an instant of seeming self-recollection a teenager notes that Myers simply isn’t scary anymore. The movie does little to disprove this thesis. As the director chooses to never show us Myers killing more than one person at once (the camera conveniently cuts away when the odds seem out of his favor) we end up with a violent psychopath who seems to act at random. The series has always played with supernatural elements—and it is unclear what it will take to kill Myers—but without actually establishing any rules it all smells a bit fishy.

How Myers managed to get out of his chair, take off his handcuffs, open the gate, then overpower an armed guard, and then the driver is simply incomprehensible. I had originally figured they would credit it to a joint effort with all the violent criminals, but nope—Myers is the only dangerous one. Others are found chasing butterflies. I know this was a cheap way to get us to focus on Myers alone, but it does leave the question as to why these other prisoners were going to be transferred to “hell on earth” as the psychiatrist identifies it.

The best parts of this film are the ones that are a shot-by-shot remake of the original (or Rob Zombie’s version, which they crib a lot despite throwing some shade). The attempts at newness don’t work, and the forced twists towards the end are laughably stupid. Honestly, I am glad I didn’t watch this one in the theater because the most fun I had was talking shit on this film.

I don’t think new life can be given to this series. If you want to watch the same thing you’ve seen before with absolutely nothing special, then this is your jam.